Project
So you're a graphic designer and yet you can't name at least five great women in visual communication?
That's what we told ourselves when we realized, as a group of students in graphic design, that we were barely able to name remarkable women in our own field, and that our History of Art & Design classes were almost only focused on men's work. Are there so few women in History of Visual Communication? Aren't they good enough to be known? Or is it just a matter of visibility? (Spoiler: it is)
Jeu, Sept et Femme is a "happy family" card game featuring 42 inspiring women whose work had an influence on visual communication field. They are/were art director, typographers, video maker, advertisers, designers, inventors, developers, writers, entrepreneurs and all did amazing things
This project is the result of a 5-day workshop animated by Margaux Meunier-Le Cann and Charlotte Prévot, and supported by ECV Nantes.
Cards come up with a mini-book showcasing biographies and sneek peaks of their work, making it an educational tool to learn their name and increase one's design culture. For instance, did you know that Nike's iconic logo, Internet technology, and Apple's first fonts were all women's creation?  Well, now you do.
Team
Louise Courtel, Claire Vimont, Alice Cibard, Anaïs Ouattara, Amélie Allegret, Aude Voineau, Cécile Nollier,
Anne-Catherine Klocker, Camille Lambert 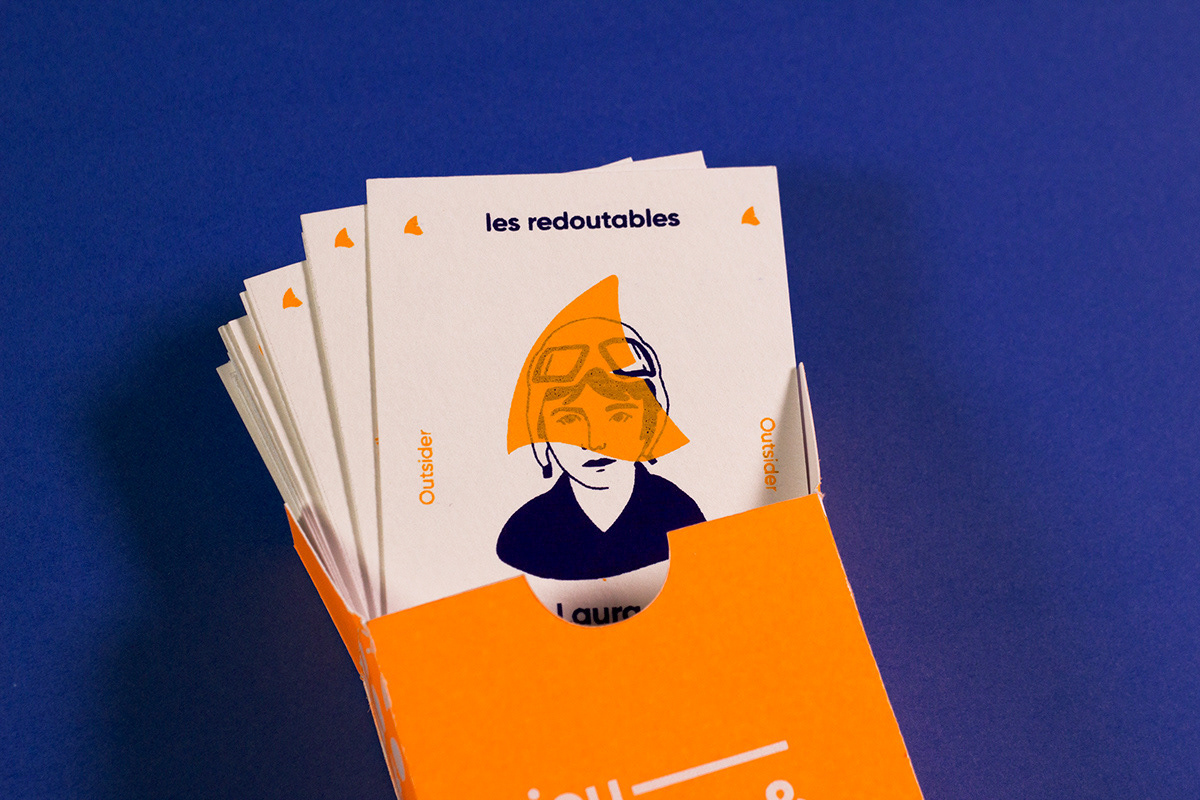 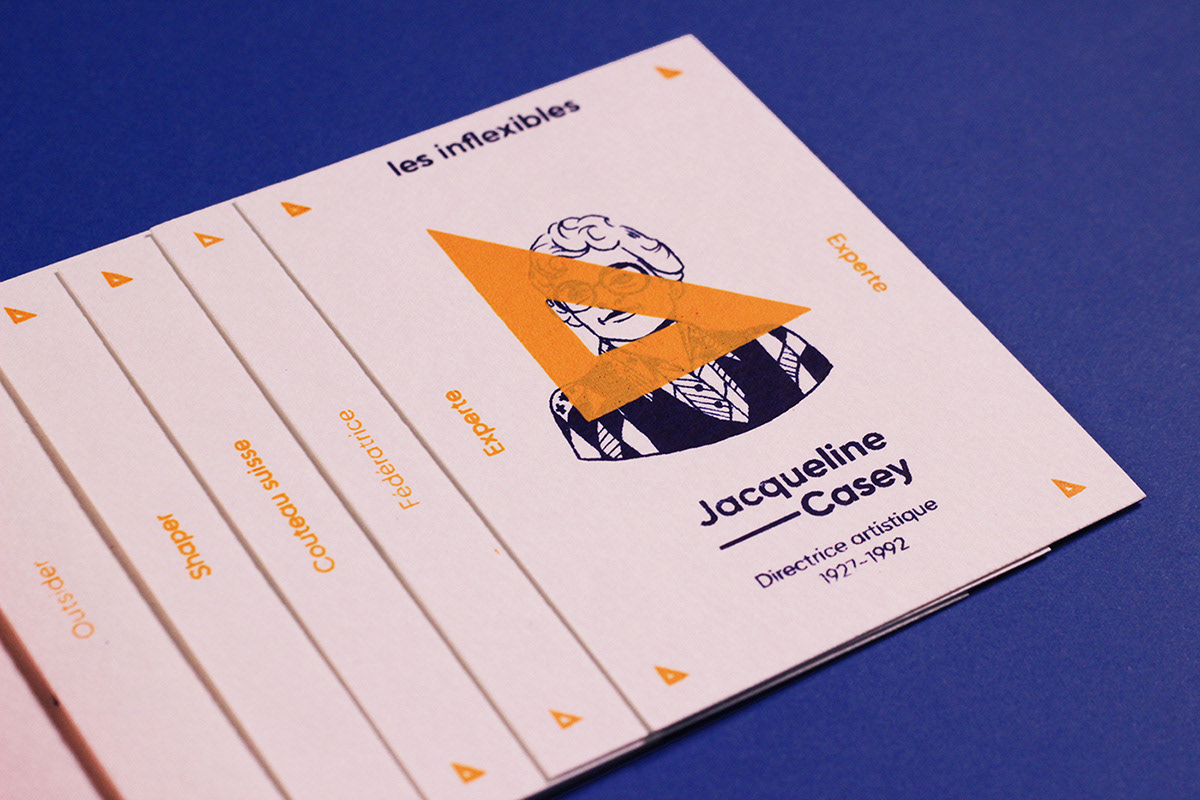 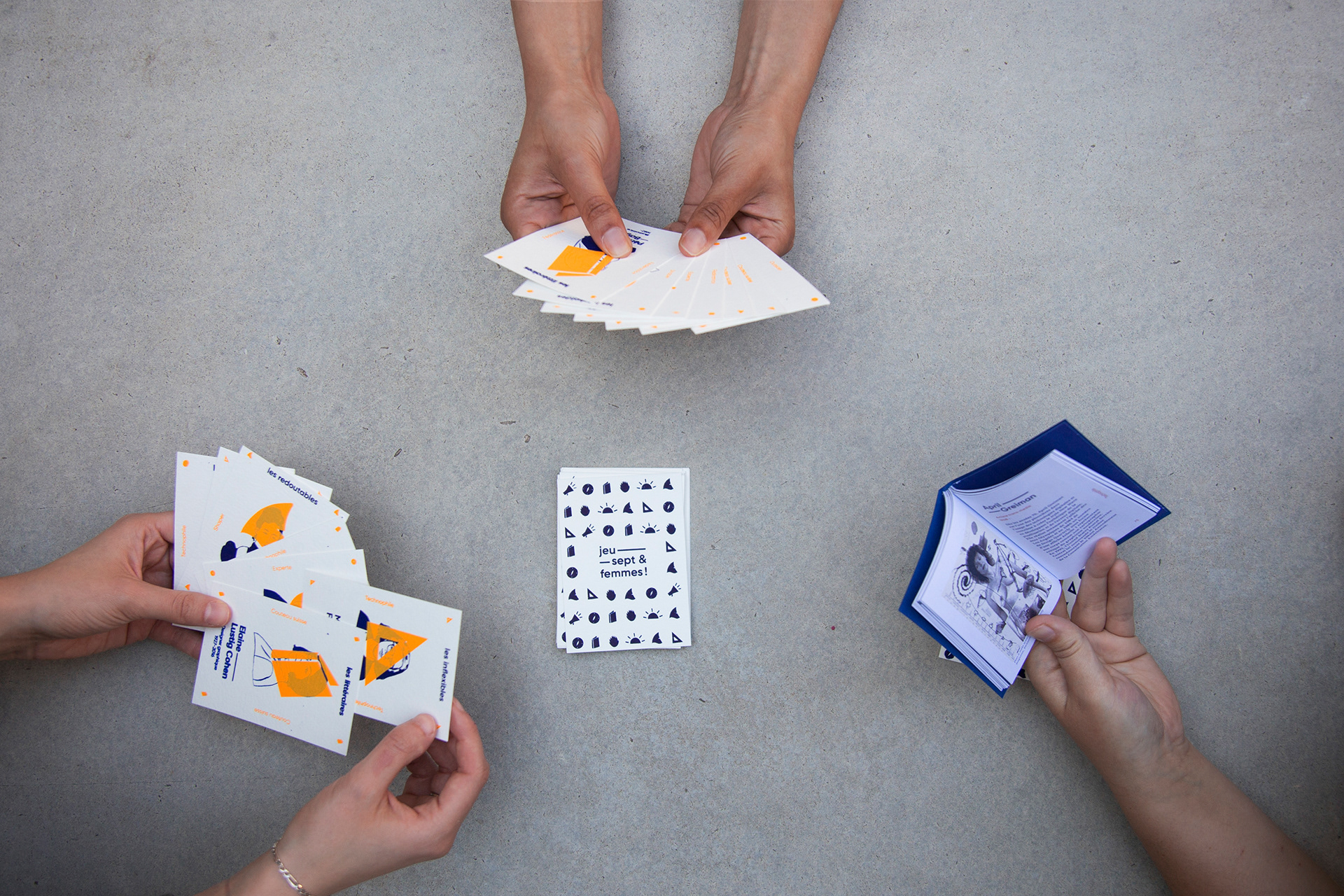 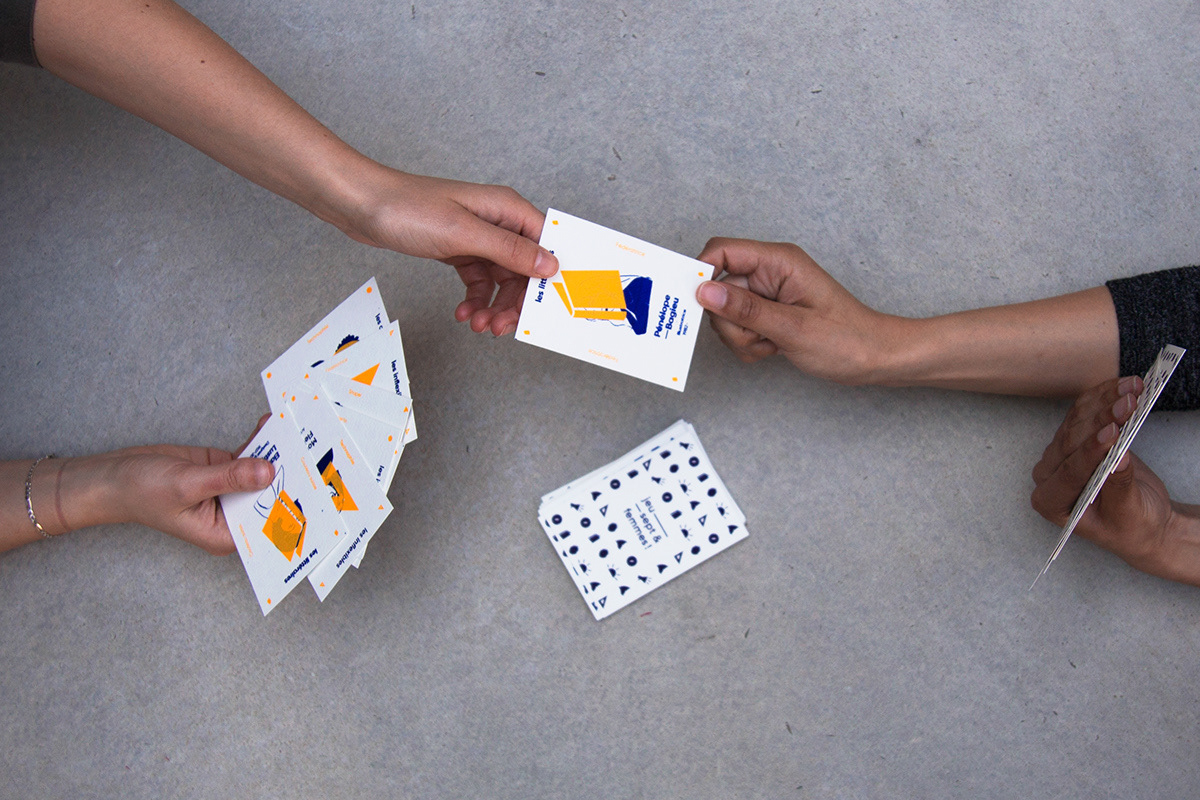